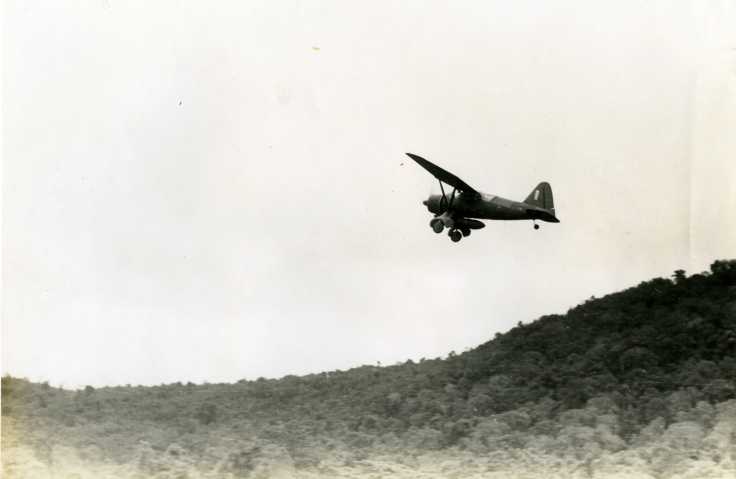 The Lysander, or ‘Lizzie’, is well known for its wartime service in Europe.  The aircraft entered service in 1938 and apparently holds the honour of being the first aircraft from which a German bomber was shot down (over BEF territory?).  Lysander losses in France in 1940 were heavy, but the aircraft’s role in the war was far from over.

In Europe, the Lysanders of 161 Squadron serving SOE (and SIS) flew from Tangmere. The story of these Special Duties (SD) operations are fairly well known, not least because of Squadron Leader Hugh Verity’s book ‘We Landed by Moonlight: Secret RAF Landings in France’.

Perhaps less known, is the services of the Lizzie with 357 Special Duties Squadron from March to November 1945.  The Lizzies of 357 Squadron, like its counterpart in Europe, played a critical role for SOE in Burma, the opinion being that the Lizzie ‘saved the situation’ in fierce battles with the Japanese:

‘Time and again it hasbeen [sic] possible to drop both food and ammunition to groups who have been in desperate straights [sic].’

The Lysanders of ‘C’ Flight 357 Sqn flew out of Meiktila in support of Operation Character from May 1945.  The monsoon had just broken, and XIV Army had recaptured Rangoon.  The battle for Burma was far from over, however, with at least 50,000 Japanese trapped in Burma.  While the Army reorganised and prepared for Operation Zipper, the invasion of Malaya, the Force 136 teams of Operations Nation and Character were left – according to the SOE officers commanding these operations – to take on the Japanese.

The first stores were dropped by Lysander to team Hyena to enable them to build a strip behind the lines for the Lizzies to land on.  At the end of May, ‘C’ Flight moved to Mingaladon aerodrome, just north of Rangoon.

Where bad weather prevented Dakotas and Liberators from resupply sorties, the Lysander was able to fly beneath the monsoon clouds ‘up narrow winding valleys’ with great success.

Area Walrus of Operation Character, under the command of the colourful Lt.Col. Cromarty Tulloch, was forced to concentrate all teams at Daurahku in June as the Japanese made a ‘deliberate attempt to liquidate the whole [Force 136] set up  in the Karen Hills’.  In July, a five day offensive against Walrus developed; ‘fighting for their very existence’ the Lysanders of ‘C’ Flight were able to drop ammunition and keep the SOE guerrillas in the fight. 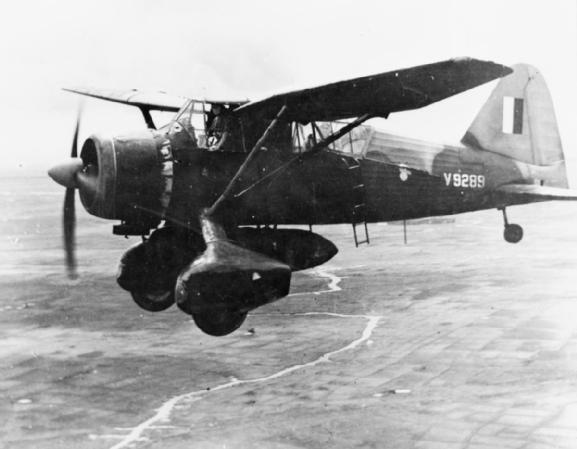 Lizzie of ‘C’ Flight over Burma

Also in July, the Japanese attempted a mass breakout from central Burma.  Called the ‘Battle of the Breakout’, large parties of Japanese, cut off by XIV Army’s advance on Rangoon, tried to escape to south east Burma.  At the Shwegyin Chaung, the Character teams of area Mongoose with their Karen and Burman guerrillas were laying in ambush to catch the exposed Japanese as they crossed the water.  Four Lysanders ‘saved the situation’ by dropping ammunition to the guerrillas, preventing them from being overwhelmed by sheer numbers of Japanese desperately trying to escape central Burma.

To give an idea of how much ammunition the Lysanders carried, Major Denning, Walrus Red, reported that on 1 July 1945 two Lysanders with 9500 rounds alleviated his critical situation.

Between the 3 May and 8 September, the Lysanders in Burma:

Four Lysanders were lost, but only one pilot was injured.

Lt.Col. De Lisle King wrote after the war that ‘The support given by the Lysanders is perhaps not realised or appreciated.’  This comment was probably only meant to describe the situation for the Lizzies seeing service for SOE in Burma, but perhaps this blog post goes some way towards gaining that appreciation.

A Lysander is, of course, the jacket picture for SOE in Burma:

One thought on “Lysanders over Burma”