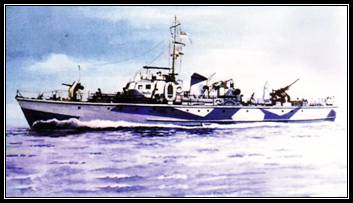 HMS Scarab, from ‘The Navy’s Most Important Ship’

This post is specially for K.T. Lwin, ex Burma Navy. What follows is likely to be a ‘Part 1’ as I find more archival material to make use of.

The boats used by Force 136 were originally part of the Bengal Auxiliary Flotilla, (BAF).  The BAF had three sections consisting of Motor Launches (MLs); Country Craft; and Special Craft such as Welmans and Sleeping Beauties.  The MLs allocated to Force 136 were four Fairmile Bs.

A report from 1944 considered the Fairmile B to be ‘of little use’ for a number of reasons:

A request was put in for three American P.C. Submarine Chasers.

Regarding country craft, SOE owned four dhows.  They were the Fulke Museroun, Anhari, Azad Hind and the Fulke Arveli.  Only the first two had engines.  These dhows were to be used for training, as ‘mother ships’ to the special craft, and for transporting landing craft.

Other country craft would be used for rendezvous, launching landing craft, and re-fuelling at sea.  Two vessels mentioned in this document are the (‘soon to be re-christened’) Island Gold, and an Akyab Sloop of about 40-50 tons.

The SOE operational personnel to man these vessels were all transferred from SOE to the Burma Navy and paid by the Navy.  This was because His Majesty’s ships could not be commanded by anyone who wasn’t Navy.  The Navy was thus in charge of the flotilla, but SOE provided specialists, directed the training, and had final say over removal of personnel.  It was expected that Captain Kenneth Lyle, commander of the Burma Navy, would ‘be quite glad for S.O.E. to do as much of his work as we care.’  It was also expected that the BAF would become a Flotilla of the Inshore Squadron of the Arakan Coastal Forces, based in Chittagong.  Captain Ryland of the Royal Indian Navy was commander of this unit, with Commander Ashby as his Number One.  Ashby was described as ‘extremely able and most friendly to us [SOE].’

It was thought that Lt. Commander A.G. Booker RNVR, DSC, would take charge of the MLs.  He was to be assisted by G.A. Collett and Lt. P.J.T. Keena SANF in operational planning and liaison work.  For navigation work, two ‘experts’ were T. Malcolm, an ex China maritime customs man, and Lt. H.F. Bolland RNR who worked at Naval Despatch in Colombo.

Often, personnel were codenamed in SOE documents.  Using another file which lists names with codenames, other Para-Naval personnel in this document are:

J.Rigby, who was expecting to be commissioned RNVR.

Capt. W.F. Stafford, ‘ex-stoker Petty Officer from Hong Kong, who was in the Singapore Police and is described as a good all-rounder.’

Lt. J.L. Kirby, ‘(now in the Army); he was in the Burma Navy at the age of seventeen and received a mention in dispatches.’

Lt. D.J. Shevlin – ‘a Hoogley surveyor.  Now in charge of the Island Gold.’

Lt. R.M. Beardson – ‘R.N.V.R., obtained from our Mideast Group, who will act as Base Officer.’

M.M.E. Adam – ‘a Seychellian boatswain who first went to India with a Naval officer named Bingham in connection with spotting mines.’

This Para Naval document ends with the details of Adam, the Seychellian, who returned to the Seychelles and recruited fourteen ‘tough and efficient seamen’ who were about to under-go marine training.