VJ75: A Gallery From Behind the Sharp End

When we commemorate the world wars, and wars since, we obviously think about those who lost their lives, and we remember and thank those who were ‘at the sharp end’.  For example, it is often said that we remember ‘The Few’ of the Battle of Britain, the fighter pilots, but not so much those who had the critical job of keeping the aircraft flying, without whom ‘The Few’ would never have prevailed.

For the men of Force 136, hundreds of miles behind the lines in Burma, or Malaya, or Siam, survival depended upon their W/T equipment and the signals infrastructure developed in support of their operations.

By VJ Day, in Burma alone, SOE had somewhere in the region of 50 operational W/T stations in the field.  The complexity of managing SOE communications is captured to some extent in this preamble to ‘The Development of SOE Signal Planning’:

The organising of SOE signals is always complicated by the extreme variations in circumstances that must be allowed for, since outstations vary from securely placed sets at sub-headquarters to secretly camoflaged sets in an enemy controlled city.  Traffic may vary from the completely unimportant to last-minute details of a supplies dropping operation or reports of enemy movements behind a fluid fighting front, even the home station resources may vary from the “more than adequate now” to the “woefully inadequate” in three months time.

The report then goes on to make clear that ‘[s]upreme success’ and ‘peaks of success’ of SOE operations depended upon the skill of the home station and out station operators.

Of course, survival and success depended upon more than only signals infrastructure, planning, procedure, and the skill of these operators. What follows, however, should give some idea of the scale of just this one aspect of service and support, and prompt us to consider the commemoration of all service personnel who made Victory over Japan  possible in August 1945.

The photos below are all from the transmitting and receiving station in Calcutta: 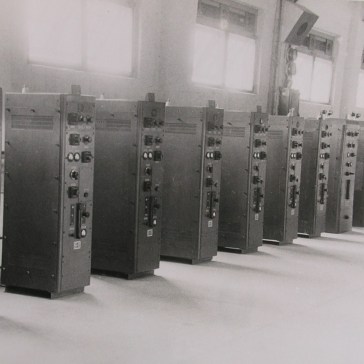 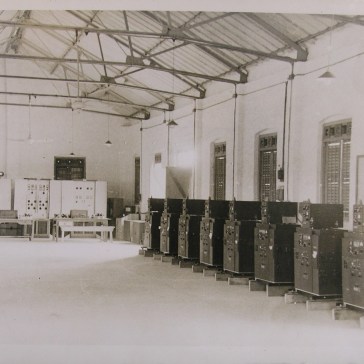 The equipment needed maintaining as well as operating.  The second photo shows three RCA transmitters in the ‘[c]orner of workshop’ for an overhaul: 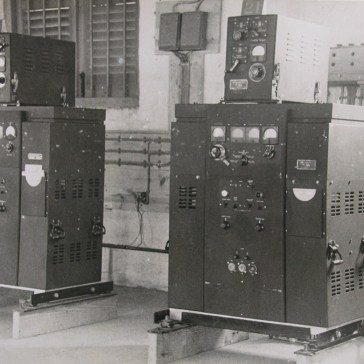 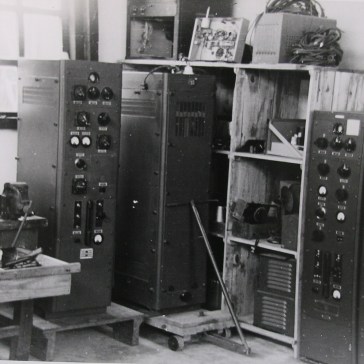 Some chaps maintaining a Hallicrafter transmitter: 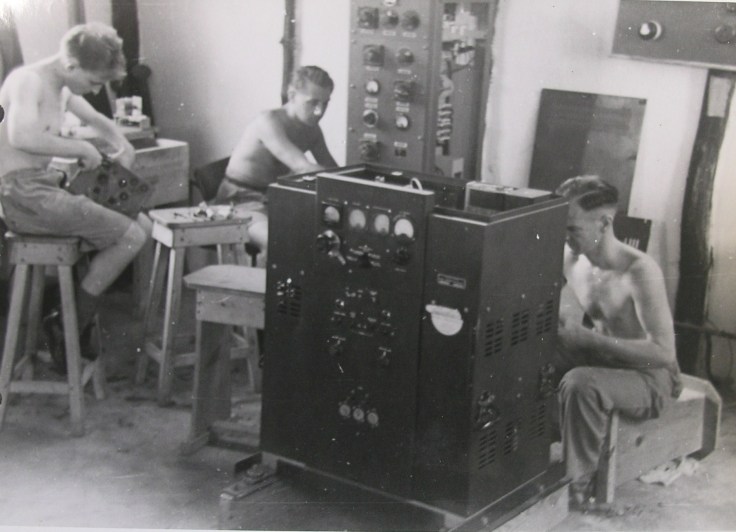 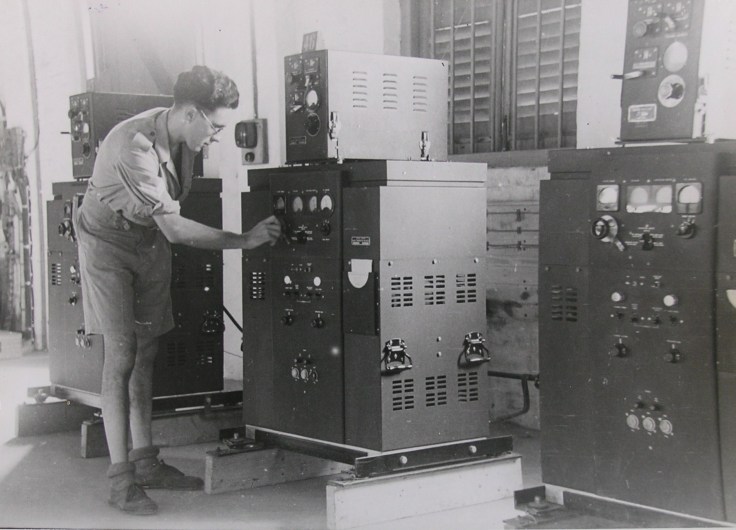 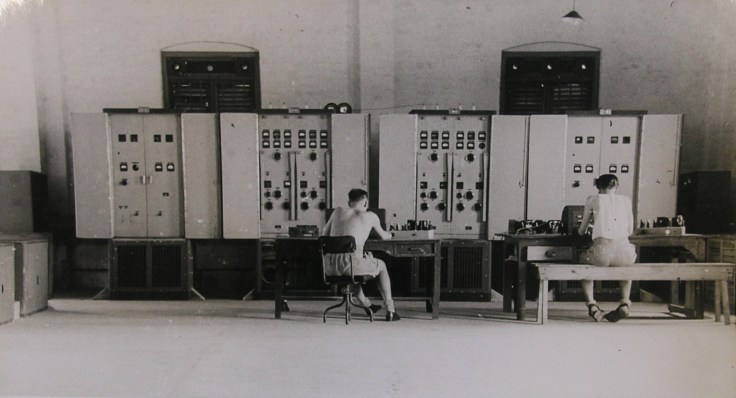 Next is the receiver station control room:

Another of the same room: 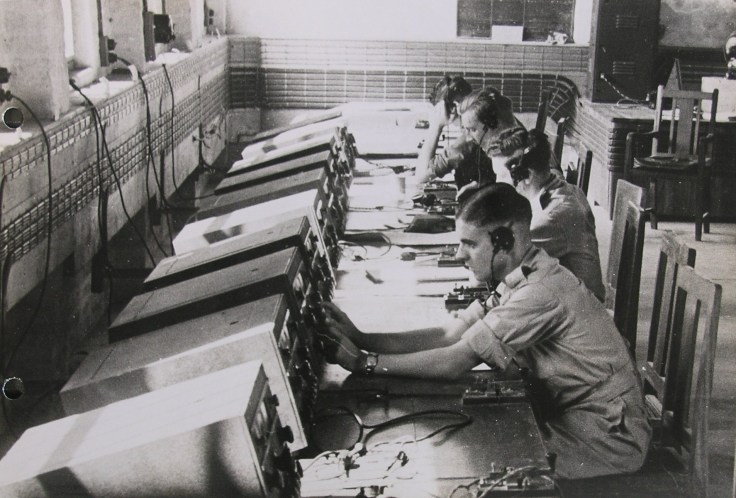 It wasn’t all men; the women of the First Aid Nursing Yeomanry also had a hugely significant role: 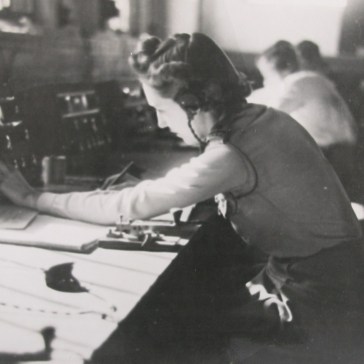 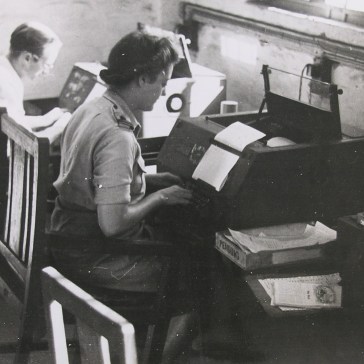 The photo on the right is from the receiver station with a FANY working the teleprinter to HQ. 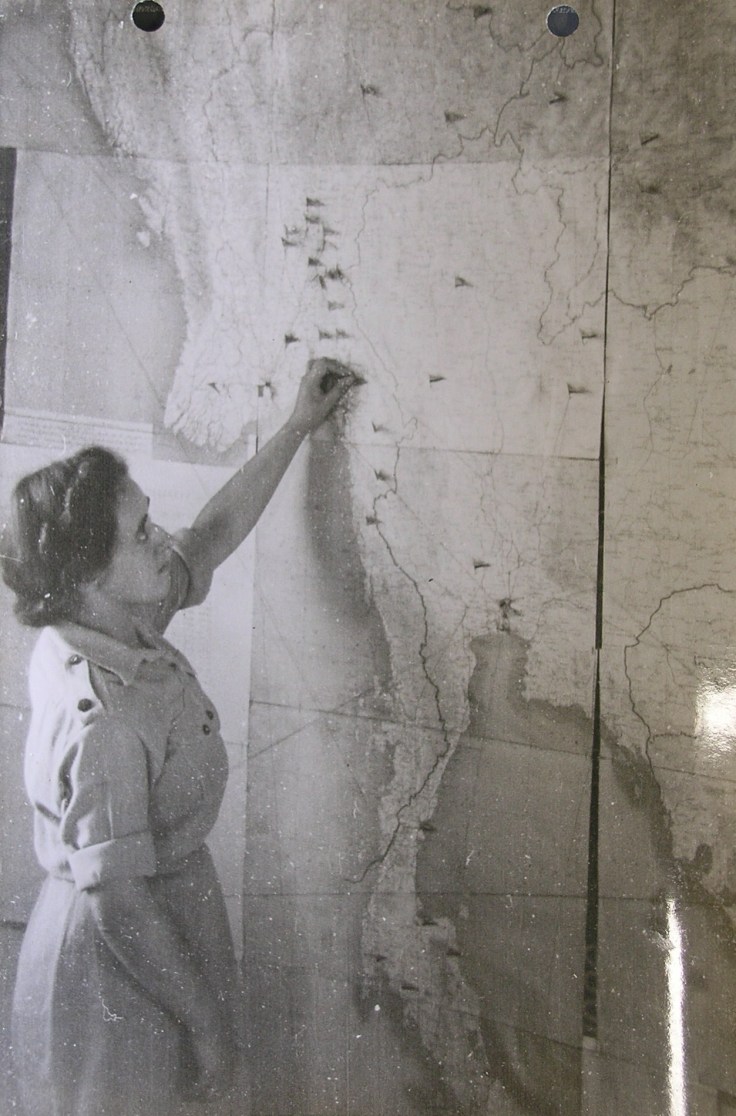 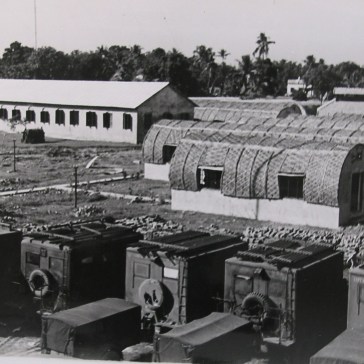 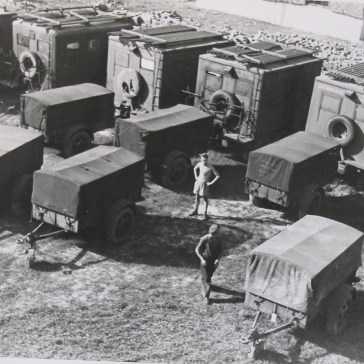 Unfortunately, none of the people photographed have been named, but their service is acknowledged.

It is worth remembering that men and women such as these, although not fighting, did sometimes make the ultimate sacrifice.  Accidents such as car or plane crashes, explosions of munitions storage depots such as at Jubblepore, suicide, malaria, and indeed murder, did claim lives of these ‘rear echelon’ personnel.  One FANY cipher clerk who volunteered for service in India was killed in her room, and the murderer was never found.  You can read about Betty Parker HERE.

4 thoughts on “VJ75: A Gallery From Behind the Sharp End”