For VJ Day last year, the exploits of Major Turrall were presented HERE.  This year, similar to the post for VE Day 75 HERE, what follows will be extracts from the reports of various officers of Force 136 in Burma.  Quite simply, what was their experience of Victory over Japan in August 1945?

‘Warning order to cease ops reached me on my arrival back from TOUNGOO on 11th August.  As soon as peace terms had been officially accepted I made several attempts to contact Japs but parties were fired on, so I determined to carry on war as the enemy appeared to want it.  Arrangements were made for large scale attacks but, unfortunately, before they could be put into execution, positive orders arrived from ARMY to stand fast.’ 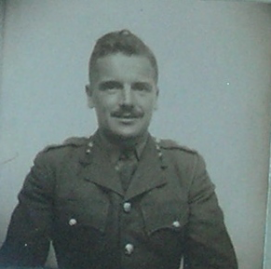 Final report of Walrus, area Blue, presumably Major Warren (the report is, unusually, not signed off):

‘The cease fire having been given, there was no chang of tactics in our area, as the Japs were quite unaware of the peace having been signed, and any attempt to enlighten them proved quite fruitless besides being highly dangerous.

Things were made doubly difficult to gain contact because of the deep seated mistrust of the Karens and vice versa; in consequence both sides usually fired on sight, our men having more ammo and being better shots, having the advantage.

On approx Sept 6th a Ja party of 200 passed through the jungle from THITASAW LW 3030 to DORAWAUK LU 4443.  One baby which was left by the villagers had both its arms and legs cut off and was left to die.’ 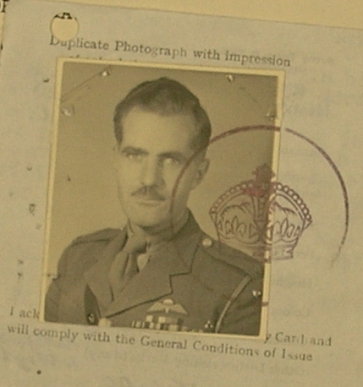 Final Report of Major Denning, Walrus, area Red.  The closest date to VJ Day in the diary of events is 18 August 1945:

Major Turrall, Operation Character, team Hyena, area Red, included the transcripts of radio messages in his report.  On 14 August 1945 at 15:30hrs he received the following from the Royal Artillery, who had been given grid references to hit Japanese positions:

‘Many thanks for the results of our efforts and the information which made this possible…  Efforts are being made to fnd the batteries and generator… Of course if the Jap decides to declare peace in themeantime we may be told to stop!  However, kill some more before then!

Am sending off your signals to RANGOON immediately.  Since you have no batteries I suppose you are not getting the wireless news.  TOJO has signed an Armistice with us, and the Emperor has undertaken to instruct all Jap forces to surrender.  We have received orders to cease all offensive and harassing ops.

Lt.Col. Hugo Hood was inn charge of Mongoose team of Operation Character from the beginning of August, having already completed two missions in Burma:

‘Many pamphlets were dropped on Jap concentrations, which generally resulted inn convulsions of laughter, and on August 20th they concentrated 700 men at Lagunbyo, stating that they would completely destroy Mewaing [air]strip.  We pout [sic] out strong rumours of transport planes and Tac. H.Q. promised an airstrike if the strip was taken.  meanwhile we were sending all possible ammunition to MONGOOSE WHITE who were still heavily engaged […]

The cease fire order appeared to reach the Japs on about 28th August, as they started pulling out South by road and river from that date. […] The Jap commander at Kwethe appeared reluctant to go, but left on September 8th, after being politely told to get the hell out of it.’

Major John Lucas was in charge of Mongoose area Blue of Operation Character:

‘On receiving official orders from ASH that Japs had surrendered, plus instructions procedure and duties inn this event, plus surrender pamphlets, I immediately sent out agents to contact the jap High Command inn KYAIKTO, – having received news that they were awating an envoy from us.  On signalling this to ASH I received reply that NO action was to be taken inn this direction until further orders from ASH.  I then recalled my agents before contact was made.  No further instructions of any kind came from ASH for another 3 1/2  weeks.’

Major Arnold Kemball was with Operation Dilwyn in the northern Shan states in 1945:

‘Whilst in unchallenged control of the SHAN STATES the Japanese are reported to have behaved reasonably well, but inn the later stages of the campaign they reverted to type, raping, burning and pillaging the countryside.  Although there can be no doubt that they were aware of the surrender terms, all attempts to contact them failed and they retreated into SIAM with whatever booty they were able to collect.’ 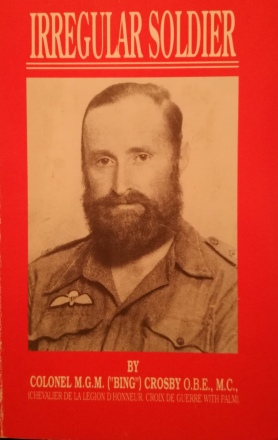 Major Crosby was in charge of Operation Dilwyn:

‘On 14th August the Japanese started to evacuate MAWKMAI although they had heard of the surrender – as they possessed wireless sets – and with the help of Shan guides the advance party – 150 strong – avoided their outpost positions at WANHAT and 50 of the party succeeded in reaching the house in which the reserve section was sleeping before being discovered.  Although the Japs were able to fire through the windows of the house at almost point-blank range, the N.C.O. in charge of the this section, Havildar LA SHI GAM, managed to extricate his party with the loss of only one killed and left five Jap dead on the ground.  The main Jap body then arrived but Havildar LA SHI GAM with 30 men, 10 of whom were wounded, some fairly seriously, maintained his force inn the area, constantly harassing the Jap positions for three days before withdrawing, bringing with him all his wounded and recovering a certain amount of kit lost in the first encounter.  by that time he had killed 30 Japs and wounded many more.

On 15th August our advance sections entered the outskirts of MAWKMAI and had a slight brush with anenemy [sic] patrol.  On 16th August two sections pushed on into the town where, after a running action with the Japanese rearguard, they entered the centre of the town and discovered that all the Japs had left.

By this time one note had been sent to the Japs at WANHSAWA demanding their surrender on 14th August, but the emissary was afraid to go into the positions, so on 20th August an Indian who came from that direction with a Jap pass was sent back bearing the surrender note.  He is known to have arrived at the Jap camp but no reply was forthcoming, and subsequently a headless body was found in the camp and it is believed that this was the end of the emissary.

The Japs then left WANHSAWA and moved down to join the remainder in the NAWAWN area.  Two or three sall actions took place between them and small parties of the MONGPAN Home Guard causing two casualties, and the Japs proceeded to destroy systematically the whole of that area, taking all food and valuables, burning the villages and shooting anybody they could find.’

Major Jones wrote some of the report for Operation Heavy, deployed in the Southern Shan States:

‘On 15 Aug. 45, news of the Japanese surrender was received and from that date active Operations ceased, although 2 Japanese who refused to surrender were shot at MONGHPAYAK on 29 Sep. 45.

On 27 Aug the Japanese in KENGTUNG town sent a letter to WOLF proposing to surrender, but withdrew this on the next day on the grounds that they could not surrender to “guerillas”.’

Letter dated 15.8.45 from Army – suspend all offensive operations against Japs except where consistent for defence purposes, this to include all villages.

Message from CALCUTTA.  If Japs surrender and Thai remain in KENGTUNG you will not accept their surrender but send them back to SIAM.’

Major Eric Battersby had been in overall charge of the various operations under the umbrella name of Billet, which had been tasked with working with the Burmese nationalists, including Aung San.  Batterby’s problems, and that of the Force 136 teams under his control, was not so much the Japanese like the previous excerpts reveal; it was the political future of Burma:

‘In mid-August however someone dropped an atomic bomb on Japan and the war ended.  AUNG SAN was ordered to go to the 4 Corps front and instruct his 5,000 approx troops fighting there, – they had accounted for over 4,000 Japs since 28 May – to disarm, disband and either join the Burma Army or go home.  He “found himself unable to comply” with this order, and on returning to RANGOON, called a meeting of the A.F.O. [Anti-Fascist Organisation] at which it was resolved that the agreement with SAC [Supreme Allied Commander, ie Mountbatten] that the B.D.A. [Burma Defence Army] should be absorbed into the Burma Army should not be implemented, and that the B.D.A. should form the basis of the Burma Defence force of the future, and all other units of the old Burma Army be absorbed into the B.D.A.’